Regine is a fragile young woman trying to build a new life – safer and happier than the one she had as a child. Escaping her trauma is not so easy however, and when her grandmother is brutally murdered, Regine must return to the village she once left and revisit the gruesome horrors of her past to protect herself and her family.

Christian Neuman is a Luxembourg born artist and filmmaker. He is best known for his work in the fashion industry as the creative director behind several brands and numerous campaigns in Europe and Asia. As a trained filmmaker with an M.A. from London Film School, his shorts and fashion films have screened at festivals worldwide and shown in Museums in Luxembourg and Spain. Skin Walker is his feature film debut.

My intention was to create a film that deals with the protagonist’s descent into madness. I was interested in creating a specific atmosphere, close to a gothic melodramatic tale. Regine’s childhood trauma causes a behavior that borders on paranoid schizophrenia. The film is set in an undefined time or place, with the intention to reflect the protagonist’s inner psychological landscape. To some degree I am giving up on linear storytelling, with the hope of the film being experienced by gliding through time in a dreamlike and surreal state.

Udo Kier
Udo is a German actor who has appeared in over 200 films such as Downsizing, cult classic Iron Sky  and Dogville. He collaborated with acclaimed filmmakers like Lars von Trier and Gus van Sant.

Jefferson Hall
The British actor starred in the successful theatrical reboot of Halloween with Jamie Lee Curtis, and also is no stranger to the small screen with roles in TV saga Vikings and HBO’s worldwide fantasy phenomenon Game of Thrones.

Amber Anderson
She is a British actress, known for the films Your Highness, and for her role the adaptation of Jane Austen´s Emma, in the TV series Black Mirror.

The Route to El Jardín 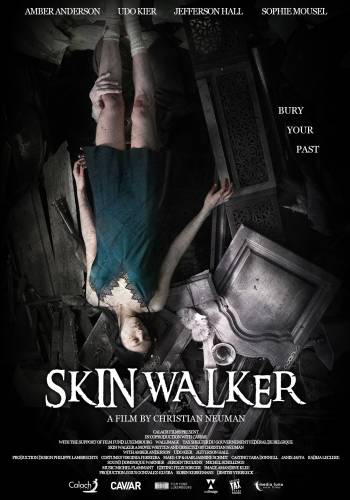