Twin sisters Nan and Ana are lost without their mother, famous author Elena Wdig. Her final words suggest that her biographer Eben is the assassin.
Six months later and Eben begins to research Elena’s biography by visiting her archive at the National Library where Ana and Nan work. The sisters plot to avenge their mother's death by laying siege to Eben in the archive and stage his suicide.

I see THE LIBRARY SUICIDES as an edge-of-your-seat thriller with girls with guns threatening the calm of the library. Dark vaults preserving the treasures of the past are the setting for frantic chases and misfired shots in the dark. Aberystwyth (on the west coast of Wales), the end-of-the-line town plays host for such a strange tale; a place where this story could almost be true.

CATRIN STEWART is best known for playing Emma in the Sky1 comedy drama series STELLA, Jenny Flint in DOCTOR WHO and Lily in MISFITS. Her theatre work includes Juliet in Headlong’s ROMEO AND JULIET, that was been acclaimed by The Observer as "one of the most captivating and touching I have seen."

SHARON MORGAN has been performing on radio, stage and screen in Welsh and English for over forty years. Career highlights include TY DOL, UNDER MILK WOOD, HOUSE OF AMERICA, RESISTANCE, DA VINCI'S DEMONS and EVERMORE. She has won the BAFTA Cymru Best Actress award three times. 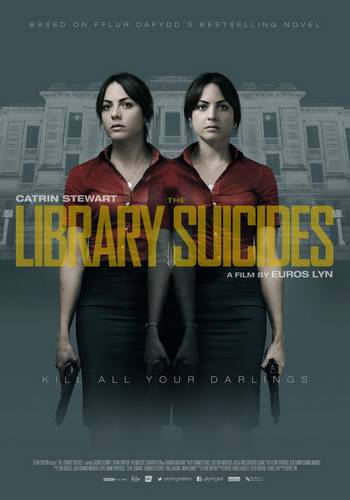