Mary is a lonely, small-town, grocery store worker, living a quite boring life. On the eve of her 50th birthday, her senses and imagination suddenly come alive in order to break free once and for all. Mary’s life soon begins to take on a totally unexpected turn for the better – becoming an awesome revelation.

Daria Woszek graduated from the Jagiellonian University, followed by studies in theatre and film directing at the Krzysztof Kieslowski Faculty of the University of Silesia. Marygoround is her first feature film.

It was very interesting to find out that for my mother and my female friends alike, life started at age 50. Only after freeing themselves from the roles traditionally assigned to them, they were able to finally find true selves. Marygoround is about experimenting and searching to find one’s own way of life. It’s about the struggle to start giving your life the shape you want it to have.

Grażyna Misiorowska
Is a well-known Polish stage actress. She is mainly connected with Jan Kochanowski’s Theatre in Opole, where she has played almost 100 roles. She was working with the best Polish directors, like Agnieszka Holland or Maja Kleczewska. Marygoround is her silver-screen debut.

Helena Sujecka
A stage and film actress, she has already performed in many theatrical and film projects directed by well-acclaimed Polish and international authors, i.a. in a Russian-Polish-Serbian co-production Dovlatov by Aleksiej German Jr. She is connected with Ad Spectatores Theatre.

Janusz Chabior
Is a well-know Polish actor. He stands out due to his interesting physical look. Currently, he is mainly attached to TR Warsaw Theatre. In 2010 he was awarded with Golden Lions at Gdynia Film Festival for his role in Made in Poland by Przemysław Wojcieszek. 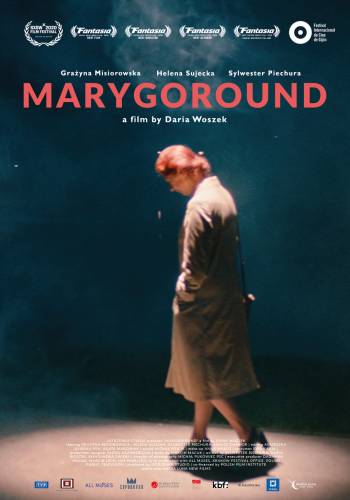