A pregnant Quechua girl and her creole partner escape from a refugee camp. On their trek south across the Bolivian Highlands, now a barren wasteland controlled by bloody militia groups, they meet Ruiz, a 50-year-old, war-scarred photographer who seeks to save them from the war zone, salvaging what remains of his humanity.

Nicolás Puenzo cemented his career directing advertising for widespread international brands. He co-directed and photographed the 12-chapter series Cromo currently streaming in Netflix. In parallel to directing, Nicolas is widely recognised as DP, winning the Condor Award for his work in The German Doctor.

As we enter into this new century, I’m once and again surprised at the quick pace the World is changing as it incorporates technologies and modifies old structures to become a new World. I find it urgent that cinema turns its lens on the reasons and instruments through which violence becomes systematised and millions of people become excluded.

GERMÁN PALACIOS is an Argentinian actor who achieved worldwide recognition after his roles in La Vida Nueva and XXY.

PETER LANZINI is a young up-and-coming Argentinian actor who has starred in films such as El Clan, Hipersomnia and Solo Se Vive Una Vez 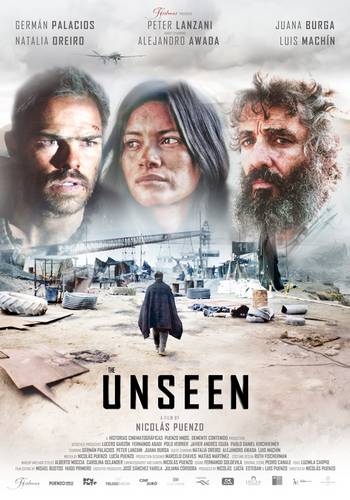