Gerben, a liberal politician suddenly demoted to Mayor of a small town, discovers that the seemingly quiet place is a haven for drug smugglers. Life in the country turns into a dangerous mission, as Gerben's only way to get his old job back is to win the battle he started against the ruthless Toontje and his gang. As dirty secrets are uncovered and violence rules the streets of this godforsaken city, Gerben's son falls in love with Toontje's granddaughter - and the night explodes into chaos...

Eché Janga wins several awards in 2010 with his graduation movie MO. After graduating he makes the films FOR OBSERVATION and STOCKHOLM. His film HELIUM has its opening night during the Film Festival Rotterdam 2014 and receives the tip from the audience in the Volkskrant and a very good critic in the magazine Variety. After HALLALI, he is currently shooting his third feature film WHEN FISH START FLYING at the Caribbean island Curacao where his roots are.

The madness in which the lead character ends up is a state in which I have been myself at some point. Not literally, rather mentally. I do not want to be weighty about this film, but the fact that sometimes your instinct kicks in under great pressure or stress has been the inspiration for this film. The culture and world that we have been creating is an elaboration of the animal that exists in all of us. This is the underlying thought and philosophy of this film... Furthermore, it mostly is a film that should not be taken too seriously. Humor and absurdism are the key factors driving the story.

Marieke Groenendijk
is an actress, known for Hallali (2019). 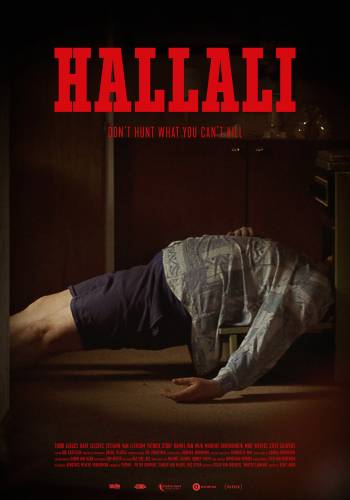